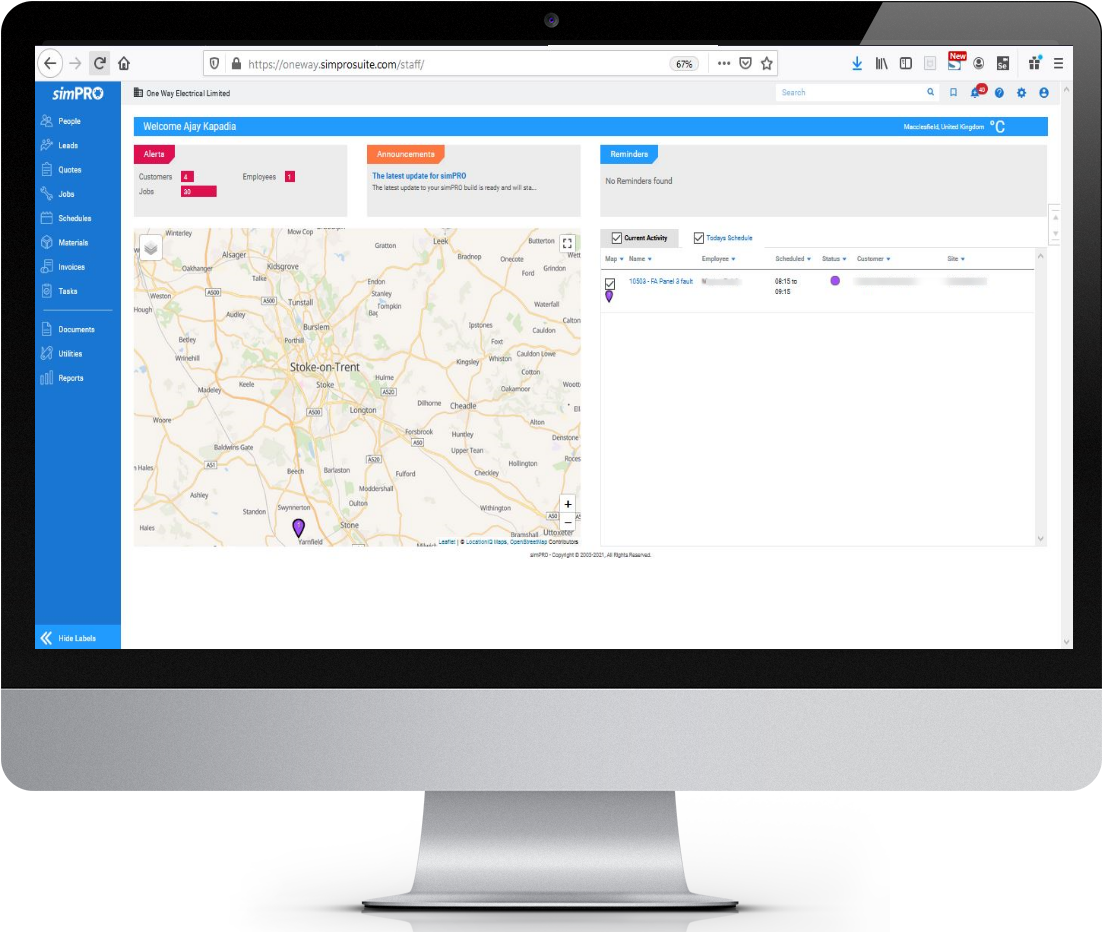 We speed up your implementation of commercial software to get you saving time and money more quickly.

One Way Electrical provide services to companies throughout the UK from their base in Stoke on Trent. They wanted a system to schedule their staff but also automate some of their processes.

One Way Electrical had some good processes but they were on multiple systems. They wanted to consolidate onto one system and were looking for a bespoke solution when they approached us to review their choice of provider.

Once we understood their systems, we soon saw that the providers of the bespoke option were uncler about what they would deliver. This meant potentially more risk in a project that would take many months. We took the opportunity to review commercial software providers and found SimPro, a solution that would deliver around 80% of what One Way Electrical wanted to do. Once we had checked the company and the software out, we recommended they should proceed as they would be up and running much more quickly and, importantly, the software had open access to their systems so we could work to deliver the extra  20%. In addition to the recommendation, we helped One Way Electrical with the actual implementation – something that meant they could get up and running and could use much more of the software than they expected.

We worked with both One Way Electrical and SimPro to ensure a smooth transition from multiple systems. Our work involved:

We also found and implemented a solution which meant that One Way Electrical could import thousands of parts, all with their fit times to make quoting and costing much easier.

Our involvement meant that One Way Electrical were running on SimPro within a few weeks and they were using all parts of the system. 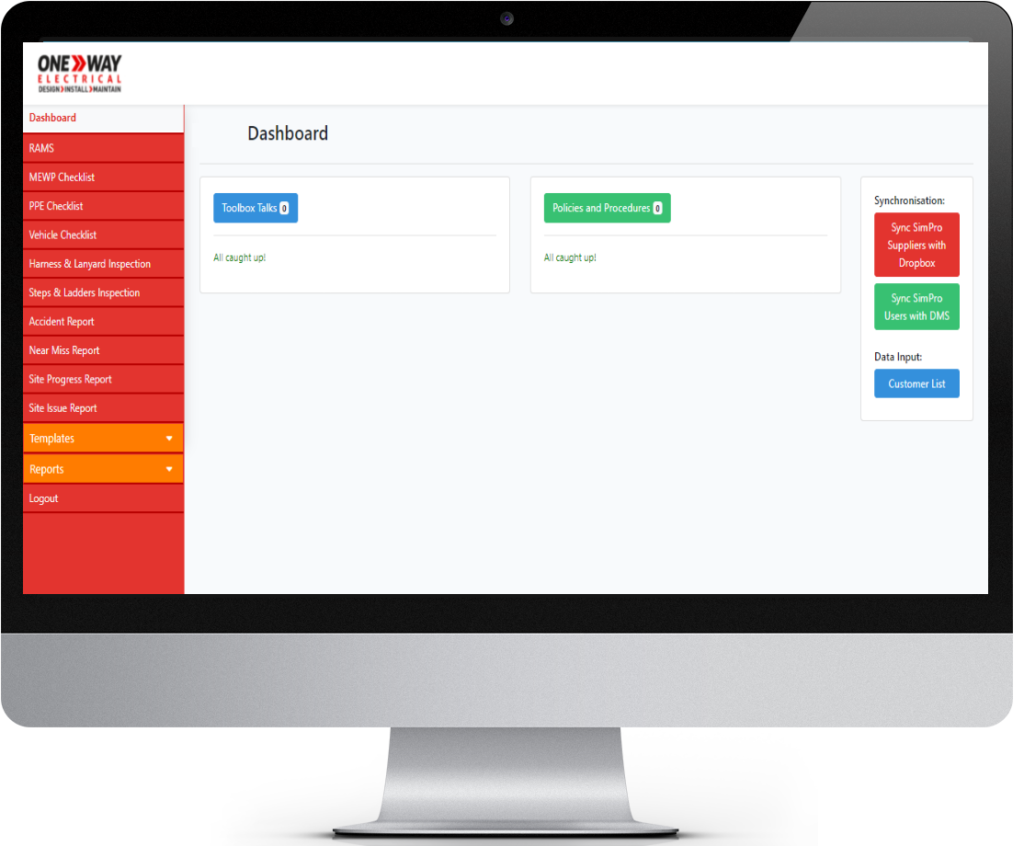 This website uses cookies to improve your experience while you navigate through the website. Out of these cookies, the cookies that are categorized as necessary are stored on your browser as they are essential for the working of basic functionalities of the website. We also use third-party cookies that help us analyze and understand how you use this website. These cookies will be stored in your browser only with your consent. You also have the option to opt-out of these cookies. But opting out of some of these cookies may have an effect on your browsing experience.
Necessary Always Enabled
Necessary cookies are absolutely essential for the website to function properly. This category only includes cookies that ensures basic functionalities and security features of the website. These cookies do not store any personal information.
Non Necessary
Any cookies that may not be particularly necessary for the website to function and is used specifically to collect user personal data via analytics, ads, other embedded contents are termed as non-necessary cookies. It is mandatory to procure user consent prior to running these cookies on your website.
Save & Accept
Go to Top